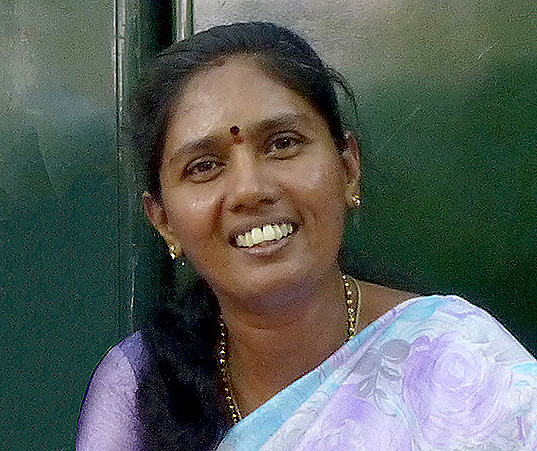 Kalai had a happy childhood in a large extended family. “We were comfortable and had all we needed. My family was very protective. I never went out unaccompanied, never handled money, but I wanted for nothing. My sisters left school at 13 and 14 to be married, but, in my case, my father supported me through college. This was very unusual. Everyone asked, ‘why spend so much on a girl?’ But my father wanted me to study.”

A Painful Time of Loss

After marrying, Kalai lived with her husband’s family according to tradition. From the start, the marriage was strained. She felt dominated by her mother-in-law who took away her jewelry, her only form of independent wealth. Her husband had no steady work and disappeared for weeks at a time. Then Kalai’s favorite brother died in a tragic lorry accident. Within a year, heartbroken, her father died. Her mother became a recluse and then also died. Kalai’s marriage went from bad to worse. Eventually, Kalai took a very unusual step for a traditional rural Hindu woman. With her two young sons, she moved out. 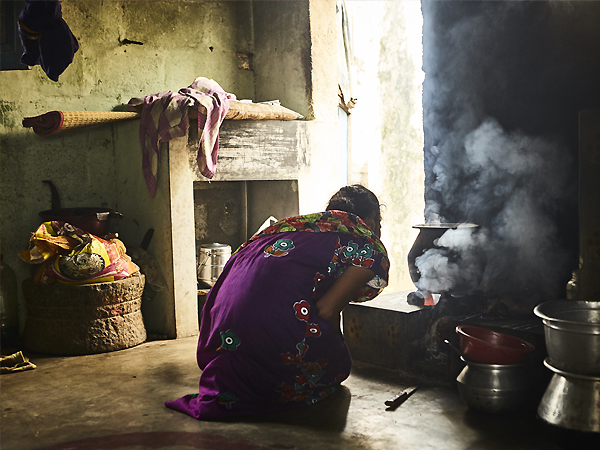 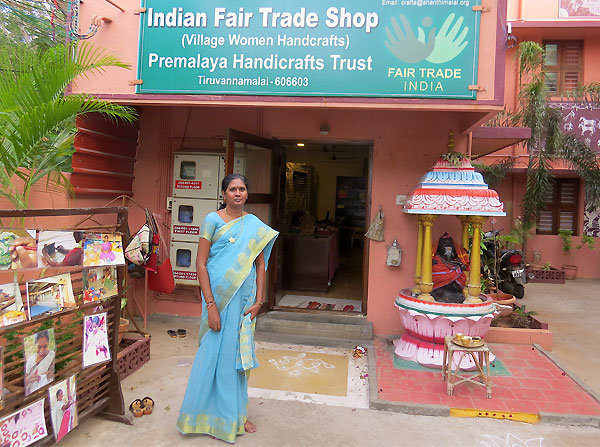 Kalai quickly found that living on her own was very hard and fell into a deep depression.  Desperate to find a way to support herself and her children, she approached the Premalaya Handicrafts Society for a job.

“Before I came here,” Kalai explains, “I knew nothing about the world, but step-by-step I learned. Now my life is totally different. I can provide whatever my family needs.”

Today Kalai is an important part of the Premalaya Handicrafts team. Her office is usually a beehive of activity. She is in charge of quality control and pricing, and is comfortable communicating with international buyers by email and phone. Every item that is made at Premalaya goes through Kalai’s department, an estimated 25,000 individual pieces per year. Over 200 people, many of whom are widows or destitute women, receive enough piecework through Premalaya Handicrafts to sustain their families. 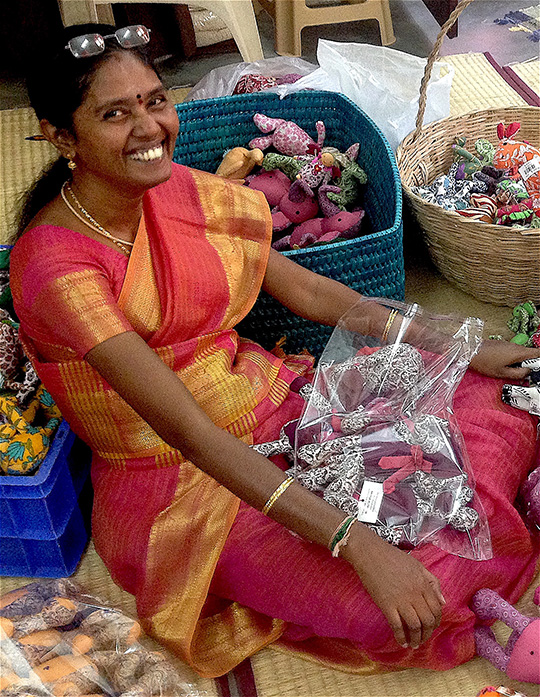 Read more about our Handcraft Project.

Please consider making a donation to the Widows Project for destitute young women in need of jobs.

donate now
Back to top