Uma is a strong woman who has led a hard life. That night when she came home after walking around Arunachala, the sacred Mountain, she was trembling with fear. Her husband was waiting. To avoid him she went up to the roof. He followed her, kicked her down the stairs, and hit her with a stone and a chair. Later she had to sew the wound herself.

Uma asked her brother for help. He came but didn’t want to take her away, knowing that life would be very difficult for a woman with two children and no husband. Instead, he came back with a group of men from the village to try to talk with the husband. In response, her husband kicked Uma and the children out, saying, “She is useless and of no benefit. I don’t want her here anymore!”

If it hadn’t been for the Giravalam Seva Project (Environmental Stewardship), Uma’s story would have been yet another tragedy: a young woman abandoned with two children. Fortunately Uma was given a regular job helping other widows and destitute women clean the pilgrimage path around Arunachala. Uma has loved the Mountain since she was a little girl. Her grandparents used to dress her in festive clothes and walk reverently around It with her. She always had faith in Arunachala, and now the Mountain had saved her. 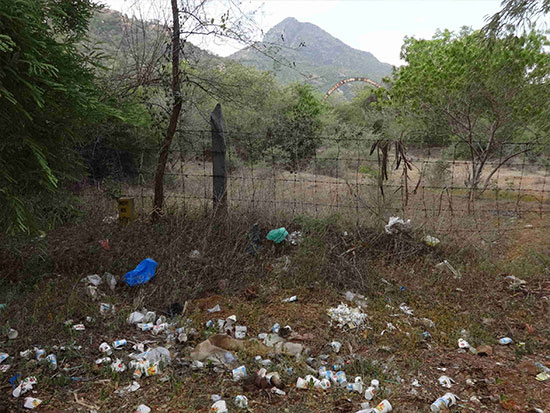 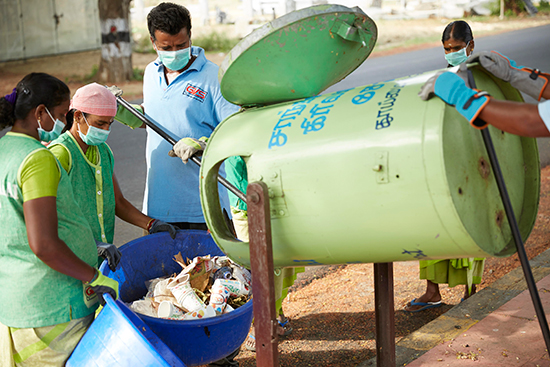 Every day when the sun heats the asphalt, Uma jumps on the tractor to pick up trash. It earns her a steady income, but it’s more than a job. Uma loves Arunachala, talks to the Mountain and hands over her sorrows. “To clean Giravalam earns me punya”, she says – the merits of spiritual work.

Seeing the daily efforts of the Girivalam Seva team to improve the environment on behalf of the whole community, residents and visitors are beginning to have new attitudes toward litter.  Now pilgrims, roadside vendors, and even children are often seen walking over to GVS trash barrels to dispose of their waste.

Please consider making a donation to the Environmental Stewardship Project in honor of Uma.
donate now
Back to top