By Janet and Bill Kramer 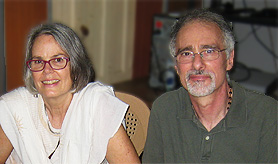 Janet Kramer, Aruna Partnership’s School Sponsorship Coordinator, is a retired clinical dietitian who worked in an urban pediatric clinic in Cleveland. Her husband Bill is a writer and retired substitute teacher. They reside in Cleveland Heights, Ohio.

Like many of our dedicated sponsors, Bill and I have supported the School Sponsorship Program since its inception, first sponsoring a young girl, Nithya, and later a young boy, Samivel. While sponsored children may come from similar backgrounds, each one has his or her unique story.

Nithya was a shy girl and a good student from a very poor single parent family. Her mother supported Nithya and her sister by working as a day laborer. Despite the poverty of her outer situation, her letters to us were always filled with words of gratitude and beautiful illustrations!  Like most of the sponsored students, she called us “God Mother Janet”, “Father Bill” and “Brother Sean.”  At one point we learned that she had a hearing problem. Finally, after completing the 12th standard, she received the operation that repaired her hearing.

At that point, we chose to continue supporting her through 4 years of college, where she received a Bachelor’s degree in English Literature. She went on to become a teacher in an elementary school in Tiruvannamalai. One of the many joys of sponsoring a student is the chance for reciprocal communication through annual letters and photos that provide a glimpse into their lives 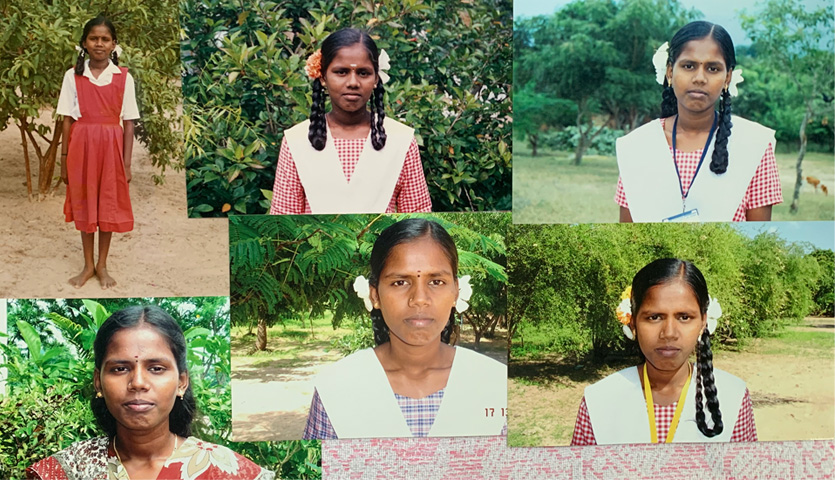 Despite the poverty of her outer situation, Nithya’s letters to us were always filled with words of gratitude and beautiful illustrations!

We actually lost touch with Nithya for several years, but one time when we were staying in Shanthimalai, I went to observe the Professional Training Program – now the Shanthimalai Skill Development Program (SSDP). And there she was, “our” Nithya, all grown up! She was teaching English to the students in the program on her weekends. What a joyful and tearful reunion we had! My heart swelled with pride and admiration for all that she had accomplished. The next time we were in Shanthimalai, she came to visit us along with her mother. Since then, I’ve kept up with her latest news:  first she married a nice young man, then a year later, she became the mother of a baby boy! 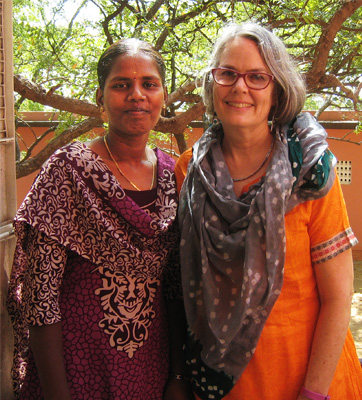 “What a joyful and tearful reunion we had! My heart swelled with pride and admiration for all that she had accomplished. “

When Nithya finished college, we eagerly decided to sponsor another child, and chose Samivel, who was just starting 1st standard at the time. He is the youngest of 3 boys in a family that is also very poor. His father is a street vendor; his mother helps his father and does the homemaking. When we were finally able to meet him in person, he was in the 3rdstandard. One first impression was that he was so tiny – especially standing next to our teenage son! As a clinical dietitian (now retired), my letters to him always mentioned the importance of eating a healthy diet.

“One first impression was that he was so tiny – especially standing next to our teenage son! “ 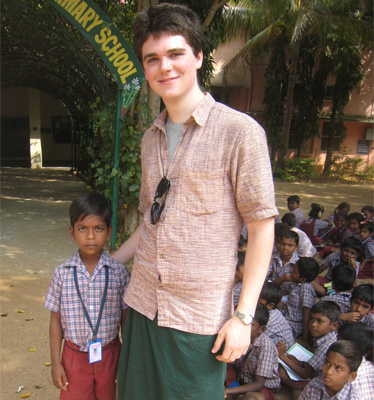 We were able to visit with Samivel at the school on several trips to India. More recently, we received a report indicating that Samivel has been struggling in school. Now having completed the 10th standard, he chose to join the Commerce group, which focuses primarily on vocational skills. Although we offer words of encouragement in our letters, we know that more is needed, especially in this time of the pandemic lockdown. We are hopeful that the school can continue to develop its capacity to help students who have alternative learning needs. Over the years – reading his letters, watching him grow and develop, and seeing the twinkle in his eyes when something of interest catches his attention – our connection to Samivel has been extremely meaningful to our family. How amazing that we can share in the life of a young village boy on the other side of the world!

One of the tremendous values of being a sponsor is the ability to gain insight and understanding of an entirely different culture. Over time, an incredible appreciation develops for the struggles and hardships that these children manage to negotiate and survive. The flow of mutual gratitude is palpable.

Our connection to Samivel has been extremely meaningful to our family.
How amazing that we can share in the life of a young village boy on the other side of the world! 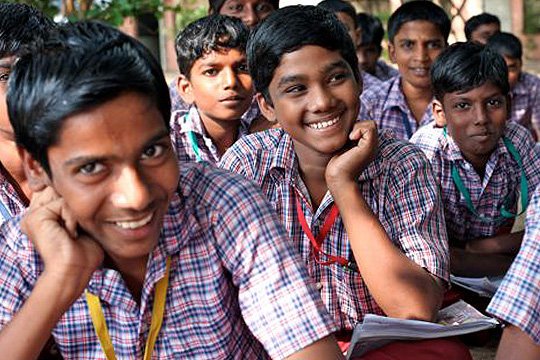 Experience first-hand the joy of sponsoring a child in need.

Donate
Back to top